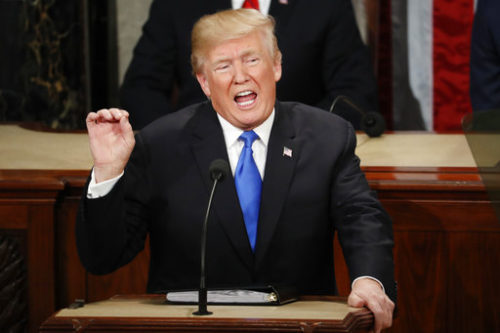 Individuals can seek asylum if they have suffered persecution or fear they will suffer persecution due to race, religion, nationality, membership in a particular social group, or political opinion.

Regarding Trump’s ‘glaring loopholes’ and gangs claim, we asked the U.S. Department of Homeland Security and its agencies for data on unaccompanied minors who have sought asylum in the United States while belonging to MS-13 or other gangs at time of entry. None provided information.

Immigration experts told us that while gang members can apply for asylum, it would be difficult for them to receive it.

‘If the gang member persecuted others or committed a serious crime in the United States or his country of origin, he would likely be barred from asylum,’ said Fatma E. Marouf, a professor of law and director of the Immigrant Rights Clinic at Texas A&M University School of Law.

‘Most of the asylum seekers we see are fleeing gangs or refused to join a gang. It is also very difficult for them to obtain asylum in the United States because they don’t fit easily into one of the five grounds for asylum,’ Marouf said.”

To read the complete story by Politifact, click here.