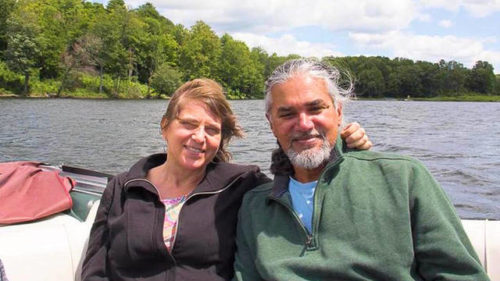 “In a major victory, a federal judge has ordered the immediate release of immigrant rights leader Ravi Ragbir from detention in New York, calling it ‘unnecessarily cruel.’ Ragbir is the executive director of the New Sanctuary Coalition of New York City. He’s been held since he was detained last month following a check-in with ICE.

In her ruling, U.S. District Judge Katherine B. Forrest wrote, ‘There is, and ought to be in this country, the freedom to say goodbye. That is, freedom to hug one’s spouse and children, the freedom to organize the myriad of human affairs that collect over time. It ought not to be–and it has never before been–that those who have lived without incident in this country for years are subjected to treatment we associated with regimes we revile as unjust, regimes where those who have long lived in a country may be taken away without notice from streets, home, and work. And sent away. We are not that country; and woe be the day that we become that country under a fiction that laws allow it. We have a law higher than any that may be so interpreted-and that is our Constitution.’”

To read the complete article by Democracy Now, click here.