Statewide Day of Action for the Dream Act!

California will not stand idly while our immigrant communities are under attack. The community demands Democrats to back their words by action and rise up for undocumented youth!

Rather than resist Trump’s anti-immigrant attacks, congressional and senate democrats have abandoned the immigrant community by not doing what is right and shutting down the government if no DREAM Act bill is included in the spending bill.

By not pushing for a DREAM Act under the house spending bill, Democrats are deliberately doing the least amount possible to remove DACA youth from harm’s way along with the immigrant community at large. 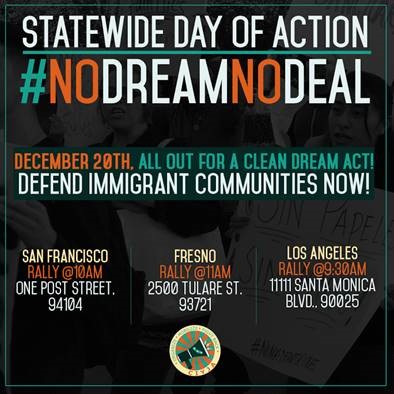